What to Do When Venture Capital Is Not for You

What do Snapchat, Twitter and WeWork have in common? Beyond being some of the most recognizable startups today, they’ve all taken millions in venture capital funding. But what if you need capital but don’t want to (or can’t) trade a piece of the business for cash?

There are still options. Some of these -- for instance, making it into a startup accelerator like YEC members Scott Bailey and John Harthorne’s MassChallenge -- even offer more benefits than just money. As many successful companies have proved, you don’t need venture capital to grow a business. From working capital programs to government grants, there are many ways to fundraise -- as long as you’re willing to find them.

Not Every Company Is Right for VCs

“Industrial companies are just not that interesting to a lot of these venture investors,” explains Jason Ethier, President and CEO of Dynamo Micropower. The developer and producer of small jet engines, Ethier’s company has the potential to make waves in the oil and gas industry. However, it’s still not appealing to venture firms.

“The challenge with raising VC capital is that our product is very much an industrial product,” says Ethier. “There’s an assumption that anything in industrial projects is inherently very expensive and will be a challenge to grow as a business.” 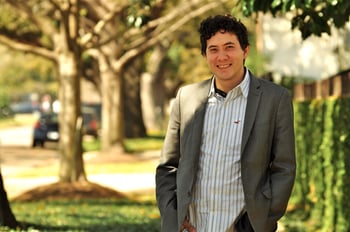 While this may block access to the sort of funding that has allowed companies like WeWork to grow at an exponential rate, it’s had some positive side effects.

“One of the things we’ve been forced to do because we don’t have access to capital is that we’ve found customers who are willing to pay us upfront for both development and product. So, when we ship a product to our customer they actually pay me the bill of materials up front,” explains Ethier. “I don’t have to worry about cash flow as much anymore.”

Beyond this customer-funded method, Dynamo Micropower has raised funds in nearly every way possible. Ethier has hustled his way through bootstrapping, angel investments, government grants and traditional business loans.

They even won a Small Business Innovation and Research Grant (SBIR) from the U.S. government. “That started with a $150,000 grant, which grew into a $500,000 grant, and we had that extended a few times,” says Ethier.

Unfortunately, SBIRs can only be used for research and development, so they reached out to the START program, a grant-matching group that helps companies bring on development roles in order to commercialize technologies developed under federally funded programs. As well as the capital to bring on a product manager, the START program offered Ethier’s company the chance to grow through mentorship and networking.

“Being able to reach out to the network and tap into additional funding sources to build the business was a direct result of this mentoring relationship we built,” says Ethier.

There’s More to Growth Than Money

START was created by Massachusetts entrepreneurs in part to help facilitate connections. Similarly, startup incubators and accelerators have cropped up around the country, eager to help promising startups in return for a piece of the pie.

“There’s a real emergence of accelerator programs around the world, many with different and unique models,” explains Scott Bailey. “The standard is giving money in exchange for equity and typically focused on high tech. Or foundations funding more philanthropic work, which is focused on more social impact companies.” 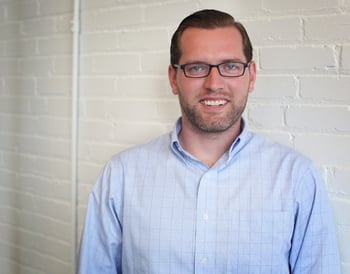 “Where MassChallenge is different is that we operate as a nonprofit. We use a competition framework to identify the highest impact, highest growth entrepreneurs, and halfway through that competition, we have our accelerator program,” says Bailey. “Then at the end, we award $1 million in [non-dilutive] grants.”

Unlike other accelerators, MassChallenge doesn’t take equity, which allows them to work with startups in any industry. While VCs seek companies poised for massive exits, MassChallenge exists to funnel money back into the ecosystem.

“As an investor, my goal would typically be to extract value,” explains Bailey. “Because investors have LPs and stakeholders, their job is to extract the maximum amount of value in the shortest amount of time. But we’re not investors, so we’re not on a term sheet. Our philosophy and focus is on creating value for the entrepreneur… We’re also really interested in building a robust community around the entrepreneur. We do that through mentorship, curriculum, programing and also a peer network.”

This mentorship and programming can make all the difference to a fledgeling startup. Having access to resources like mentors and a place to conduct business can make or break a new company.

Ethier has seen this firsthand with START and with his co-working space, Greentown Labs. Essentially an incubator for energy companies, Greentown offers a working space as well as access to industrial partners offering sponsorships through software packages and equipment.

“There’s cash capital, and then there are services that are free -- that you don’t have to spend money on,” says Ethier. “The combined value of all this stuff is over a quarter million dollars. That’s money I don’t have to spend to use this resource every day.”

Along with the emergence of accelerators, startup competitions are gaining prominence. They’ve even made it into popular culture in the form of shows like ABC’s “Shark Tank.” And while going in front of the Sharks isn’t for most founders, a local pitch competition might be.

“These types of things happen in cities all over the U.S.,” says Christie Kerner, Founder and President of Launch MiE. She would know: as an Executive Growth Advisor at AZ Growth Advisors, Kerner helps put together and judge competitions in her home state. Although lacking national TV exposure, local competitions offer something more valuable.

“Most startup competitions are not equity based. They are literally just money that you win to run your company,” says Kerner. “It’s hard to imagine that this type of thing is available, so oftentimes people don’t even look for it.” 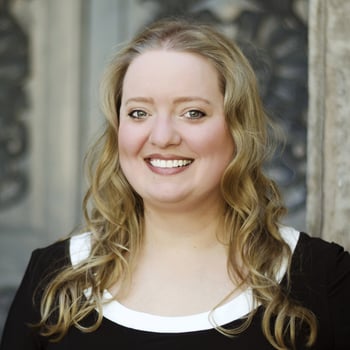 But for those who do, the benefits are astounding. You can win up to a quarter million dollars, get feedback and advice from business leaders who are judging, practice pitching your idea, refine your business plan and make an impression on other entrepreneurs or press contacts who’ve come to watch.

"These competitions are good for the cash that you get, as well as for the visibility and access and the respect that you get. It’s pretty incredible,” says Kerner.

Your Local Ecosystem Can Help

For Ethier and others, tapping into the local ecosystem has proven invaluable. As Bailey and Kerner demonstrate, many communities are eager to help entrepreneurs in order to funnel jobs and wealth back into the local economy.

Dan Price, CEO and Founder of Gravity Payments in Seattle, feels similarly. That’s why he started a program for companies looking to grow who aren’t in a good place for equity funding or debt.

“Gravity Payments’ Working Capital program benefits independent businesses that need quick and convenient funding without the hassle of going through the process of a bank loan or acquiring more debt,” writes Price.

“For example, if you are a bar or restaurant wanting to buy flat-screen TVs in order to get more customers through your doors during big game days, a bank loan might not be the best option. It would require a minimum amount the cost might not fulfill, and putting that bill on a corporate credit card would incur more debt for your business.”

Gravity Payments makes the payment process flexible -- they simply take an agreed-upon percentage out of the company’s daily credit card sales. This allows a business to pay back more when sales are good and less when sales are slow. (See page X for how you can take advantage of something similar as a YEC member.) 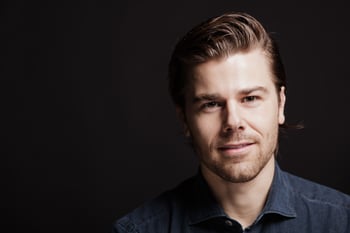 Although a working capital loan might not suit businesses that don’t already have a revenue stream, it’s an option for those that can’t expand with current sales. For those companies, working capital will allow them to grow without giving a piece of their company to the bank.

To Find the Best Alternatives, Ask

There’s no one way to raise money. For instance, Ethier is working on a hybrid sales model that taps customers who want to invest in what he’s building.

Kerner has another suggestion, though it’s riskier. “The other [way] is simply to use personal credit. As lame as it sounds, and everyone thinks that’s not how things happen, a large amount of businesses are started by people leveraging their personal credit. That’s absolutely what I did in one situation, and it worked out great,” she says.

Although Kerner helps entrepreneurs find money, she maintains they should be willing to put everything on the line for their companies.

“If you’re going to go out there and start a business, and you don’t believe in your business enough to put your home up for it...then you shouldn’t be starting that business,” says Kerner.

If you’re willing to hustle and ask around, there are resources there for the taking.

“Call the program manager and ask them what they’re interested in,” says Ethier. He was successful doing this for grants, and both Bailey and Kerner recommend it for accelerators and competitions.

Just calling and asking what they looking for -- or in the case of Ethier’s Mass Development loan, asking if they’ll pilot a new program wherein they offer a new line of credit around money your business has raised -- can have a profound effect. In Ethier’s particular case, a non-dilutive $175,000 effect.

“There’s too much of a focus on short-term value capture, as opposed to long-term value creation,” says Bailey about those who take equity in return for capital. For VCs, it’s just about a quick 10x return.

But for those who aren’t building a company simply for its exit potential, finding an alternative funding route is appealing.

“Stay hesitant,” says Price. “Align yourself with people who value and believe in the same things you do… Focus on your company’s purpose and the people helping to get you to reach your ultimate goal. The money will follow naturally."

YEC Members on How to Become an Angel Investor