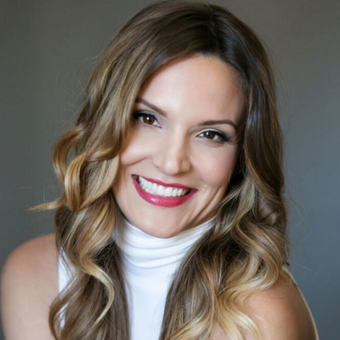 Nicole Serres is the President of Star Staffing, a women-owned staffing & workforce solutions company in Northern California. She is the best-selling author of From Receptionist to Boss: Real-Life Advice for Getting Ahead at Work.

Looking For A Job? How To Build A Personal Brand For Your Career Path

Your personal brand is the version of yourself you showcase to the world. It encompasses your values, mission and brand personality that you showcase to customers, your network and potential employers.

New to SEO? 10 Rules to Follow as You Get Started

Members of Young Entrepreneur Council share the rules they think all entrepreneurs new to SEO should know.

First impressions are everything, especially when you’re first starting out on the job. When you’re trying to make a name for yourself within a new role or company, it’s important to know how to make an excellent impression.

Five Virtual Ways To Cultivate And Nurture Your Network

Think of your network as a beautiful garden -- one you need to weed, trim and prune in order to keep it healthy and vibrant. And like your garden, your network needs to be fed. You do that by exposing your peers to great ideas and bright thinkers.

When you're running an organization, communication breakdowns can lead to severe efficiency and productivity problems. While smaller teams may be able to quickly deal with the difficulties of communication inefficiency, this problem becomes harder to solve as the business grows and evolves.

Sometimes, even employees who have a track record of excellent work can have bad days. But when bad days become bad weeks or even months, leaders should take the time to investigate. However, because it could be a sensitive situation, it may be best to take it slow and follow a few key steps.

What Millennials Should Keep in Mind About the Workplace

Know what you're up against as a millennial looking to climb the corporate ladder.

Your Own Low Expectations Are The Biggest Obstacle To Your Success

A change in mindset can guide you toward getting what you deserve.

From Receptionist To Boss: Five Rules For Success

Nicole Smartt when from receptionist to boss by the time she was 25. Here are the 5 rules she used to make it happen.

For smart women with business acumen, there's no need to overcompensate.

To Be Successful, You Must First Define What 'Success' Looks Like

Success is a moving target, especially when you're an entrepreneur -- and it should be planned for, just like other goals.

How To Get Your Company Over The $10 Million Hump

Getting your company to the $10 million mark isn't impossible, but does require sweat equity and a genuine commitment to change.

How To Build Your Reputation As A Leader On LinkedIn

For current and wannabe leaders, LinkedIn is a powerful tool that can build your personal brand and connect you to the people and industries that interest you most.

Unlocking your productivity isn't about life hacks or new strategies, but the simple act of refocusing on what matters.

Five Tips For Maintaining Meaningful Relationships, Even When You're 'Too Busy'

Entrepreneurs and successful young professionals tend to feel disconnected, even with an always-on schedule. What gives?

Role Model Material: Three Do's And Dont's For Women In The Public Eye

What do Sandra Bullock, Malala Yousafzai and Jennifer Lawrence have in common? Hint: they're killer role models who almost never rely on easy ways out.

How Successful Women Can Lead By Example

Successful women are the only ones who can truly change the conversation about what it means to have it all.

Just because you're successful (even Marissa Mayer successful) does not mean your wardrobe is more interesting than your achievements.

Nicole Smartt used to write down everything that bothered her at her previous position -- and then took that knowledge to the staffing firm she co-founded.

Forget Your Resolutions -- Make A Year-Round Commitment Instead

Resolutions rarely see the light of day after January. But commitments last all year long -- and benefit your business too.

7 Qualities That Helped Me Go From Receptionist To Entrepreneur

Going from employee to entrepreneur is no easy feat -- but these 7 character traits can get you through the hardest parts.