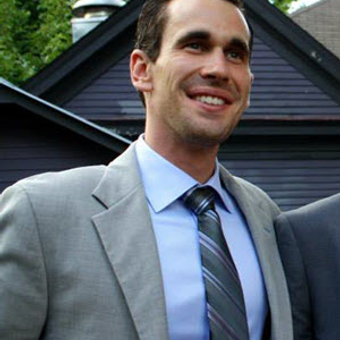 Raised in East Tennessee, Brian got an early start as an entrepreneur. He launched his first business, Brian's Windridge Lawn Care, with a rake, a mower, and a dream after his father showed up with a riding lawn mower in the back of the family minivan instead of the yellow mountain bike that Brian craved. At 16, tired of applying aloe to sunburns, Brian stopped cutting grass and started recycling printer cartridges when he co-founded Cash4Cartridges USA. He grew the company while at the University of Tennessee and sold it shortly after returning from living a year abroad in Argentina. After college, Brian moved to Silicon Valley to be part of the original leadership team at Inflection. Thanks to several amazing mentors, he learned how to build and profitably scale web properties. To date, he’s helped launch four multimillion-dollar digital brands, including Archives.com, which was bought by Ancestry.com for $100 million cash three years after its launch. Now, Brian is focused on making CallerSmart the best app for helping with unknown or unwanted phone calls and texts. Imagine that, no more mystery numbers on your caller ID or suspicious texts on your iPhone! Personally, Brian has been nomadic since 2014. This started after he sold most of his possessions - except for his Piaggio (Italian for macho scooter) and his beloved treadmill desk - to pursue a more holistic lifestyle. He's lived on 4 continents, and traveled to over 40 countries. He's currently based in Asia on the island of Bali. Inspired to make our world a better place, Brian loves to connect and collaborate with talented people all over the globe.

Sorry, Silicon Valley: Here’s Why You Can’t Actually Be A Stoic Nowadays

The new spin on the ancient philosophy is little more than an open-source lifestyle brand.

Six Hidden Downsides Of Being A Digital Nomad

Though there are downsides, the pros can outweigh the cons -- if you do it right.

Solving the iPhone's caller ID problem, one user at a time.