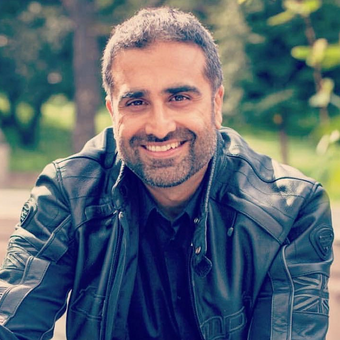 Rana Gujral is an entrepreneur, speaker, investor and the CEO of Behavioral Signals, an enterprise software company that delivers a robust and fast evolving emotion AI engine that introduces emotional intelligence into speech recognition technology. Rana has been awarded the ‘Entrepreneur of the Month’ by CIO Magazine and the ‘US China Pioneer’ Award by IEIE, he has been listed among 8 A.I. Entrepreneurs to Watch in 2019 by INC Magazine and Top 10 Entrepreneurs to follow in 2017 by Huffington Post. He has been a featured speaker at the World Government Summit in Dubai, the Silicon Valley Smart Future Summit, and IEIE in New York. He is a contributing columnist for TechCrunch and Forbes. In 2014, Rana founded TiZE, a cloud software for specialty chemicals, and held the role of CEO until 2016. Prior to TiZE, He was recruited to be a part of the core turnaround team for Cricut Inc. At Cricut, Rana led the initiative to build a first of its kind, innovative product for the DIY community and prompted the turnaround of Cricut’s EBITDA position from bankruptcy to profitability within a span of 2 years. Previously, Rana held leadership positions at Logitech S.A. and Kronos Inc., where he was responsible for the development of best-in-class products generating billions in revenue and contributed towards several award-winning engineering innovations.

The Future Of AI: How Emotion AI Is Making Robots Smarter

Emotion AI is an exciting new development that can improve quality of life, but there are still challenges to address.

Why Silicon Valley Needs To Reinvent The Term 'Innovate'

"Innovation" has become a stand-in for "do differently."

We are bridging the communication gap between humans and machines by introducing emotional intelligence, from speech, into conversations with AI. We have created the fastest evolving and most robust emotion AI, enabling everyone to add emotion and behavioral recognition to their own software solutions, through the Oliver API. Whether it’s for a virtual assistant on a mobile phone, on the web, in a car, on a smart speaker, or for a social robot, an interactive child’s toy, a robotic carer, companies, developers or DIY enthusiasts can now design and build engaging interactions which can seamlessly benefit from our internationally acclaimed speech emo(on recognition technology. Our production level Oliver ΑPI, offers a rich variety of emotional and behavioral metrics and allows both real-time and batch audio processing, and can readily support heavy-duty applications.