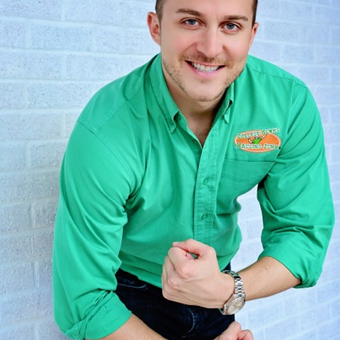 Nick Friedman is President and Co-Founder of College H.U.N.K.S. Hauling Junk & Moving, the largest and fastest growing junk removal and local moving franchise opportunity in North America. Nick started the business in college with his childhood best friend in a beat up cargo van, and has grown to over 100 franchises nationwide. He has since been named among the Top 30 Entrepreneurs in America Under 30 by INC Magazine and was named on the same list as Mark Zuckerberg as one of the 30 Most Influential CEO’s Under 30. Nick is a three-time Ernst and Young Entrepreneur of the Year Award Finalist, and he won the prestigious award in 2018. He has been featured in numerous business books and textbooks, as well as Forbes, Fortune and many other national publications. Nick’s company has appeared every year on the INC 5000 list of Fastest Growing US Companies, and has appeared twice on the Oprah Winfrey Show. Nick is also a TV personality, having appeared as a guest on shows, including the first episode of ABC’s Shark Tank, Bravo’s Millionaire Matchmaker, and CNBC’s BlueCollar Millionaires. He is also a Board Member of the Young Presidents Organization (YPO). As an author, Nick co-wrote a bestselling book entitled Effortless Entrepreneur: Work Smart, Play Hard, Make Millions

SHOULD YOUR BUSINESS DEVELOP A LONG-TERM CONTENT STRATEGY OR CONTINUALLY REINVENT ITSELF?

Members of the Young Entrepreneur Council weigh in on whether a long-term or campaign-by-campaign content strategy works best for brands.

Nine Ways To Handle Customer Critique (And Not Take It Personally)

With the advent of social media, companies are now closer than ever to their buyers' feedback. However, these buyers may or may not be charitable with their opinions. Occasionally, a business may encounter a consumer who wasn’t happy with their experience or the product itself.

For many people, networking is not a skill that comes naturally—even to entrepreneurs. But without this skill, entrepreneurs may end up developing bad networking habits that could hinder their ability to form new business relationships.

10 Ways to Turn Employees into Brand Ambassadors for Your Business

Without the support of employees, a company’s branding efforts can only be so successful. It’s when the whole team comes together to promote the business, and your employees have all become effective brand ambassadors, that your business’s brand is able to truly shine. But forcing employees to take part in branding efforts can seem demanding and may not have the same result as when they contribute voluntarily.

Social media has changed how businesses and entrepreneurs interact with their audiences. In the past, you were required to go out and meet in person with your customers to establish a rapport with them. The internet has mostly simplified this, making it much easier to engage an audience on a social media platform.

Create opportunities for communication and team-building activities — even virtually.

Why is entrepreneurship on a downward trend among millennials?

College Hunks Hauling Junk & Moving is a national moving and junk removal company and an established, award-winning franchise business. We currently have over 100 locations across the United States and one in Canada! We are the only nationwide moving company that offers full-service residential and commercial moving, junk removal, donation pickups, and moving labor services across the United States and Canada. H.U.N.K.S. is an acronym which means Honest, Uniformed, Nice, Knowledgeable Service. We strive to be a socially conscious, values-based organization. Our national partner is Feeding Children Everywhere, and we donated two meals for every service we provide. We will donate over 1 million meals within the first 3 years of our partnership. College Hunks' company mission is to Move the World - both literally and emotionally.