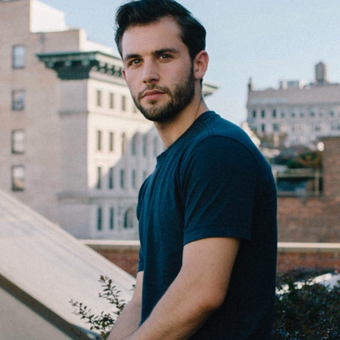 Nic founded the new media production agency Five to Sixty in 2015, with the belief that short social videos, stills and gifs are the best way to leave lasting impressions on today’s audiences. In recent years, Five to Sixty has been hired to create digital commercials for some of the world’s leading brands including Don Julio, Sensodyne, Pepsi, Spotify, and Popeyes. Nic thrives on working in collaborative environments, and has partnered with international advertising agencies such as AKQA, GUT, Wunderman, and VaynerMedia. His Coca Cola broadcast commercial received the Cannes Lions Mo Film award, and in 2019, Five to Sixty's work on the Pepsi Super Bowl Campaign was honored with a Gold and Silver Telly Award. He believes every film, whether it is the episode of a show, a music video, or a five second digital ad, has a story to tell.

11 Perks You Should Offer Hybrid and Remote Employees

Hybrid and remote work models have quickly become the new normal for many companies. While working remotely offers many benefits to employees, many of the perks that used to keep staff productive and happy in an office setting are no longer relevant when employees are working from home.

With so many electronic devices and social media platforms, it's easier than ever before for even the most focused and organized of professionals to get distracted from the task at hand. Combine that with the fact that work-from-home and hybrid work models have become popular for many companies, and it should really come as no surprise that people are having a hard time focusing.

Dealing with conflict is no easy feat — especially when it’s coming from an upset customer. Whether it’s problems finding information on your website or frustrations with a particular product or service, any issue has the potential to turn into a major conflict if not handled properly from the start.

Born in Brooklyn in 2015, Five to Sixty has grown from a small team of producers to a boutique new media production house for some of the world’s most forward-thinking brands. Offering a complete content marketing solution, including strategic insights, original concepts, influencer and celebrity contracting, multi-deliverable productions, and guaranteed media distribution capabilities, Five to Sixty continues to be at the forefront of the branded entertainment industry.