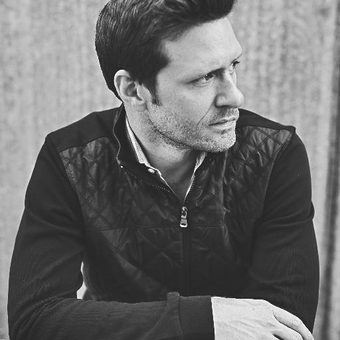 David Hassell is a serial entrepreneur and currently co-founder and CEO of 15Five, a continuous performance management solution that helps employees grow and develop in just 15 minutes each week. 15Five was created from David's deep desire to help people reach their fullest potential at work. Even during his early days as an entrepreneur he was always soliciting ideas and feedback from employees and colleagues. He responded with his own ideas, suggesting programs to study that would help people grow personally and professionally.15Five helps bring attention to issues and employee experiences that managers would otherwise never know about, allowing them to proactively address issues before they become problems, acknowledge successes, discover great ideas, and support their team's growth and development. David has served as President of the San Francisco chapter of Entrepreneurs' Organization, an International network of entrepreneurs who each have businesses with annual revenues in excess of $1mil, and he has been named The Most Connected Man You Don’t Know in Silicon Valley by Forbes. In 2004, he co-founded Kite Adventures, an adventure travel company offering guided downwind tours and pro-coached kiteboarding camps in northeast Brazil. He is also co-founder of Endai Worldwide, a NYC-based Internet marketing and services firm founded in 1999, and served as the company's CTO through 2006. Endai has been recognized on the Inc 5000 list of fastest growing private companies in America. David also holds a BSCPE in Computer Engineering from Tufts University.

The 9 Questions That These Top Influencers Ask Their Teams

How To Rethink The Annual Performance Review

The annual performance review isn't the only way to evaluate how your team is really performing.

How Investing in Employees Ensures Your Organization's Success

The most effective management practices aren't incidental--they are tied directly to your company's values.

Are You Leading Your Startup To Success -- Or Failure?

15Five's David Hassell offers some sage startup advice to 'leaders' who might be in the wrong seat on their own bus.

15Five develops cloud-based performance management software designed to help employees grow and develop into their best selves. 15Five develops cloud-based software designed to evaluate and improve employee performance. Its web-based employee engagement and continuous performance management software helps create high performing teams by combining OKRs, 1-on-1s, 360 reviews, and employee appreciation in one simple weekly check-in. Nearly 2,000 businesses worldwide use 15Five to allow employees to share their triumphs and challenges, stay focused on key objectives, and get regular feedback from managers who support them in reaching their potential. The company was founded in 2011 and is based in San Francisco, California.