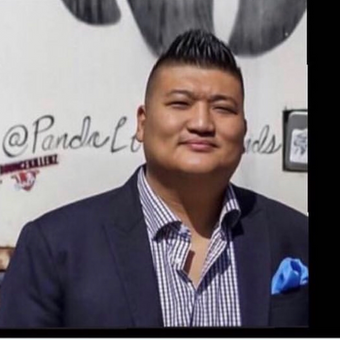 David has over 10 years of experience with a big 4 firm. He created and developed the Chinese Services Group for Deloitte Mexico. In 2010, David and his team were recognized by the Global Deloitte firm and they won the prestigious "Standards of Excellence Award" for a $1 billion USD merger. At the age of 34, David was one of the youngest partners at Deloitte, and worked on over 500 transactions with Fortune 500 companies. In 2015, David founded the Venture Capital Firm BLCP Capital with his partners. They purchased several entities, engaged in several transactions, raised capital, and managed/developed the operations and mergers of several companies. David, with his team, also managed several projects and consulted clients in the food, health, entertainment and real-estate industries. David joined SparkleCOIN in 2017, a blockchain and cryptocurrency company, as CFO and VP of Business Strategy—David worked closely on the development and strategy of the company and is excited that SparkleCOIN was the first cryptocurrency with "real world" applications for P2P and B2B transactions. SparkleCOIN is a self-pre-funded operation and has its own fully developed blockchain technology. SparkleCOIN had a successful ICO in December ending at $37. Most recently, David started the group GTIF Capital and is partnered with several major businesses in the esports, technology, healthcare, branding, and real-estate industries. David sits on several boards including Faze Clan the largest esports team, MiCamp Solutions, Commloan a commercial lending firm that has done over $1 billion in commercial loans, Tengri Holdings a $4 billion mining company, and Sharebert a Fortune’s Top 20 Techs that will change business, and has helped them develop business strategies

Why Advisory Boards Are Important For Growing Businesses

Advisors help advisee companies succeed by providing input based on their experience and knowledge.

GTIF Capital was founded after years of working in the business and investment industry. Our goal is to help entrepreneurs turn their own ideas and visions into successful companies with fundraising and networking guidance. As a results-driven organization, we are constantly looking for ambitious and visionary partners with the drive and flexibility to take their company to the next level. For details about our investment process as well as our level of involvement, get in touch with us.