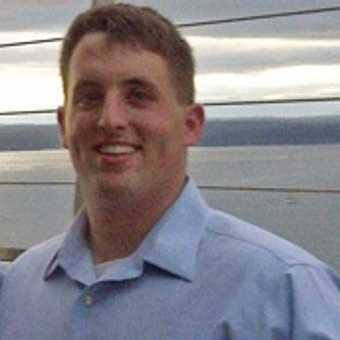 After graduating from Babson College in 2008, Charles Bogoian teamed with another graduate, Phil Tepfer, to launch SailProud, a nautical sportswear company focused on transitional clothing able to be worn “both on and off the boat.” Before joining SailProud, Mr. Bogoian worked in the Finance Department for Pratt & Whitney Commercial Engines in East Hartford, CT, as well as for the New Business Development Team at Madico, Inc., a window-film manufacturing company in Woburn, MA. Using the experiences of his advisory board as well as his own research, Charles began developing a green logistics network that he felt would be in line with the company’s mission and vision. His efforts were recognized when SailProud was recognized as one of the “Top 10 Greenest Businesses of 2009” by Startup Nation, a well-known entrepreneurial media outlet. Similar to Mr. Tepfer, Charles received numerous awards in 2010, including acceptance into the MassChallenge Incubator Program, as well as also being named one of the “Top 25 US Entrepreneurs Under 25” by Bloomberg BusinessWeek. During 2011, Charles was included in Entrepreneur Magazine’s 100 Brilliant Businesses, and was named one of the “Visionary Entrepreneurs of the Year” by AMD. In November of that year, Charles was recognized by HYPE (Hartford Young Professionals and Entrepreneurs) through the Business Launch award, given to one new business in CT that demonstrates strong growth potential and the opportunity to flourish. Recently, Charles’ work at Kenai Sports earned him recognition as one of reSET Social Enterprise’s “Social Entrepreneurs of the Year” within the state of CT. Kenai Sports was simultaneously given the “Technology Trailblazer” distinction by CT Innovations, awarded to one young company throughout CT displaying a unique and innovative business model.

Kenai Sports is a unique and innovative sportswear brand that makes clothing out of trash - yes, trash - pulled from landfills across the country. Every day, we take tons of plastic bottles, cell phone cases, keyboards, and organic waste like coconut shells, corn husks, soybean shells, and more, and turn it into the world's best sportswear, here in North America - building jobs, supporting a weak economy, and strengthening our future. Our customers are college and university athletic programs, corporations, non-profits, and government offices, where we custom design performance sportswear for their teams, clubs, and employees. With product capabilities that range from simple t-shirts to sustainable jerseys, jackets, shorts, vests, and polos, Kenai is a one stop solution for quality, proven performance sportswear.