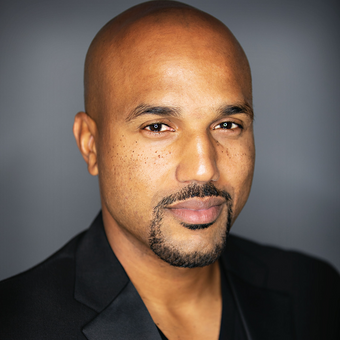 Arel Moodie is the best selling author of Your Starting Point for Student Success, is known as America’s Top Young Speaker and is the founder of The College Success Program. Arel partnered with the White House to help fight youth unemployment and promote job growth. He has been a featured speaker at the White House as well. Arel was just chosen by the US Chamber of Commerce to sit on the board of a committee to help create ways to help recent college graduates find employment. Inc. Magazine called Arel a “High-Energy, Motivator” and named him to their “30 Under 30 list” of America’s coolest entrepreneurs under 30 years old joining people like Mark Zuckerberg, founder of Facebook. Essence Magazine said “Arel should be the poster boy for rags-to-riches stories...He is America’s Top Young Speaker.” Arel has been quoted in The New York Times, Forbes, & USA Today as a thought leader on youth entrepreneurship and leadership. Arel grew up on welfare in the projects of Brooklyn, NY where he witnessed those around him being murdered and imprisoned. College became his only way out; he took advantage of his opportunity there that forever changed his life. He was the president of 4 student organizations, named one of the top 5 exemplary students at his school, and also named the most outstanding graduating senior of his class. He started his first Internet business in college that helped students find off-campus housing, roommates and sublets. After that company was acquired he became one of the owners of a million dollar event production and education company. As a professional speaker he has spoken to over 175,000 students in 45 states and 5 countries while still in his 20s. He recently started Turkey Tees (www.turkeytees.com), which creates awesome T-shirts for students. F or fun, Arel likes to dance; he has preformed at Madison Square Garden and has a YouTube video with over two million views. He was also featured in the Super Bowl XLVII Half Time Show.  

The Rule Of One: How To Deliver An Unforgettable Presentation

They will remember your idea forever if you ask yourself this simple question before every presentation.