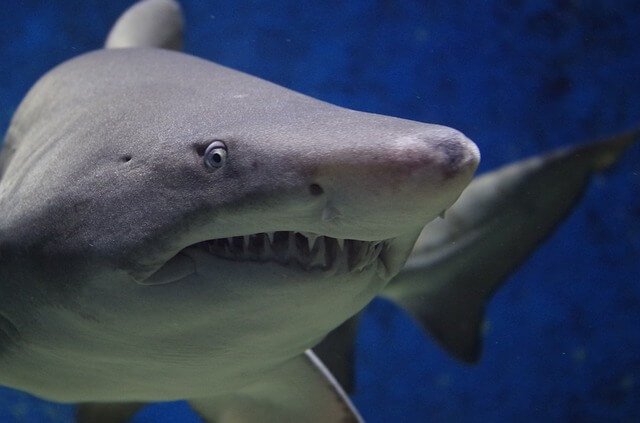 Five Hacks for Making It on Shark Tank

It seems like just yesterday I walked onto Shark Tank and pitched my company, Grypmat, to five Sharks. I walked in with an initial ask of $200k for 10% stake, and a hope that—at the least—I wouldn’t be laughed off the stage.

You can see my Shark Tank pitch here.

When I walked out of the Tank with a $360,000 combo deal between Mark Cuban, Lori Greiner, and my long-time hero, Sir Richard Branson, I knew that the years I'd spent prototyping in my basement and the months I'd spent preparing a pitch were all starting to pay off. It’s no secret that my experience on Shark Tank was one of the best things to ever happen to me and to Grypmat.

Since landing a deal on Shark Tank, I’ve been asked by countless people:”how did you do it?”

From fellow founders who want to take their idea in front of the sharks, to inspired fans who are curious if the deal went through, it seems that everyone wants to know what exactly goes on behind the scenes of the hit show.

Many people love the idea of going on Shark Tank, which is why nearly 50,000 people apply every year. Out of those thousands of people, roughly 120 will actually get on the show. Furthermore, many of the deals fall through off stage. So you're probably wondering, then — how does one stand out as an applicant and contestant? How can you make sure a deal goes through?

Here are the top five hacks I learned from applying, pitching, and landing a deal on Shark Tank.

1. Know Your Story and Tell it Right

No matter how many times you’ve seen Shark Tank or how many startups you’ve studied, at the end of the day it comes down to knowing your own business and story, and making sure other people know it too. Everyone who goes on the show has a business, so having a business alone isn't going to make you stand out. What WILL set you apart from the crowd is telling the best story.

After Shark Tank, I quickly became known as "the military guy." Even though this may not seem to have much to do with my product (a high-performance rubber tool mat), it had everything to do with my story.

I discovered the problem of inefficient tool accessibility while working as an F16 jet mechanic in the Air Force. I then spent years prototyping the Grypmat, building a team, and even earning a mechanical engineering degree all while I was still in the military.

So … being the "military guy" IS my story, and I made sure that my application and pitch highlighted this detail.

No matter what it is, you have to find the part of your story that differentiates you from the competition. This kind of information helps people to remember your name, relate to your product, and ultimately feel connected to your brand, all of which will make a great narrative for a Shark Tank pitch.

In the early stages of the application process, you will be required to share the top highlights of your story. The recruiters will review everything from your application video to your 17-page application to determine if you're a good fit. Since thousands of people apply each year, you can imagine that the recruiters don't have time to read through the fine print of every story. So when you first apply, it's essential to know what parts of your story you should highlight, and which parts you should leave out.

Tips for telling the best story:

What story can you tell to capture the Sharks’ attention? What will resonate with viewers at home? How can you stand out? Not only will this be a determining factor in whether you make it on the show, but this can also be the difference between walking away with a deal or not.

Many applicants create videos specifically for Shark Tank, but one way to kill two birds with one stone is to make a Kickstarter Video that can also work for Shark Tank. This doesn’t always work, but essentially recruiters are looking for videos that tell your story well. If they see that you’ve had a successful campaign on Kickstarter, this demonstrates that you’ve proven market validation through telling a good story and/or building a good product.

Many people don’t know this, but one third of Shark Tank Contestants have been on Kickstarter.

This is what recruiters look for:

You can see our Kickstarter Page here.

After launching a successful Kickstarter and passing our fundraising goal by 1100%, I had a Shark Tank scout reach out to me and suggest that I apply, which was how I started my application process. It wasn't the first time someone had reached out to me. I had a scout reach out to me the year prior, but at that time, I didn't have any sales and I had even less of an idea on how to make a video. Thus, I decided to wait to apply to Shark Tank.

3. Stand Out at Every Step of the Process

If you've qualified as a top applicant, this means you've also qualified to compete with all other top applicants; i.e., the competition has heated up. The only problem is that you have no idea whom you are competing against. It can even be hard to tell what you're even competing for, given that each deal is unique to the business and the Sharks. So what are you aiming for then?

The catch is: There's no easy way to determine who gets air time. If one thing is for certain, it's that no pitch or airing is guaranteed. The further you make it along the process, the more ambiguous and unpredictable your chances of getting air time become. So...if you can control anything, it's how you present yourself to the producers and the crew, and ultimately how much you can stand out:

4. Make your Producer a Priority

Once you make it to the top 1,000, you are assigned a producer and an assistant producer, who are responsible for vetting and crafting your pitch. They will ultimately make the final decision on how your pitch will play out, and if they like you, they will be the ones who fight for your air time. In other words, their opinion and attention should be top priority.

You'll be spending a lot of time on the phone with your producers, but there's a catch: You don't call the producers—they call you.

Sometimes it's not even your producer calling directly. There may be five to ten different numbers that call you throughout the process. Which means, availability is king. And remember, they are speaking with hundreds of potential contestants, so you have to find ways to stay on their radar:

Another trick I learned for managing the random calls I would get is to save the contact information of every number that called from Shark Tank as “Fish 1,” “Fish 2,” etc. This way, I knew that if any one titled “Fish” was calling, I was answering it right away. This method also helped with exclusivity. Since contestants aren't allowed to share any information about being on Shark Tank prior to the airing, saving the producers under codenames helped to avoid awkward conversations with people who may wonder why someone from Shark Tank was calling me.

Competing on Shark Tank essentially comes down to these factors:

At the end of the day the crew, producers, and Sharks are looking for viable businesses with stand-out pitches. They NEED good content, and will prioritize that content. Thus, if you can create a priority pitch,it will be hard for the producers not to air it.

A priority pitch is a pitch that takes priority over the other pitches. By crafting your pitch to be a priority, you reduce the chances of being knocked off the deck due to time constraints or requirements from other entrepreneurs pitching.

Specify your Set: The set that takes the longest to set up will be built the night before and will go first the morning of filming; thus, the sets that have specific, timely, or stand-out features are going to take higher priority. The entrepreneurs pitching are fully responsible for anything they choose to bring on stage, so when I decided to bring a jet on stage, I had to rent it myself. Because of this, there was a designated time-slot that I had to pitch in or else the jet would be returned late. Due to this time constraint, the Shark Tank crew couldn't just throw my pitch toward the end of the day (leaving me with the potential of being booted off last minute.) My set became a priority.

Shoot for the moon: They want eccentric, engaging, and enthusiastic. They want the outliers. So be one. One of the cheesiest lines I said while pitching (which I regretted immediately after) ended up being one of the tag-lines that was shown during my final pitch. I had said: "Honestly, my goal today is to have as many Sharks as possible take a bite out of Grypmat." Was it cringe worthy? Yes. Did it lead to my deal with the three Sharks that I wanted? Yep! Did it stand out? You bet.

When most people watch Shark Tank, they see accomplished entrepreneurs who "get lucky" or "have it all together." But what's below the surface is lots of hard work, thoughts of quitting, and support from the right people. I bombed the first practice pitch I gave to the producers. It's not about how much money your company makes, or how brilliant your product is — it's about how committed you are to persisting.

Tom Burden is the inventor of the Grypmat, a brightly colored, flexible, non-slip tool tray that prevents mechanics from losing their tools. Tom developed the idea while working on fighter jets in the Air Force, and successfully pitched the product on Shark Tank. The Grypmat is used by organizations such as NASA, Google, Virgin Orbit, and NASCAR.

Transform Your Schedule With 4 Productivity Hacks

The Trick to Making a Content Calendar Work for Your Business

GroupGets Partners with Hackster.io and is Finalist for Tech Award